With her athletic success, Yip received the inaugural President's Award for Inspiring Achievement in 2022 from the president of Singapore. She received the Emerging Leadership award at the 2022 International Women's Day Recognition Awards presented by the IPC, and in 2019 was named Singapore Disability Sports Council’s Sportswoman of the Year. Yip was inducted into the Singapore Women’s Hall of Fame in 2014 and became the first Para athlete to be inducted into Singapore’s Sports Hall of Fame in 2015.

Yip is one of Team Citi athletes, representing Citi's values and partnering Citi to champion disability inclusion and help change perceptions of people with disabilities. Apart from Yip’s achievements in the pool, she is recognized for being a role model and a strong advocate for equality. Yip has upheld a variety of roles including acting as a Nominated Member of Parliament in Singapore between 2018 and 2020 and being a member of The World Anti-Doping Agency. She has served as chairman of the Singapore Para Athlete Commission, and as vice-chairperson on the working committee of The Purple Parade, a movement that promotes inclusion of people with impairments in Singapore. Yip may have already challenged public opinion and driven genuine societal change but she wants more - to drive a greater commitment to inclusivity and encourage better integration. Yip believes that everyone should have access to sports as one can learn many things from sports. 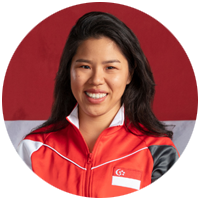