Prior to this, she was a Private Sector Specialist with the Trade & Competitiveness Global Practice of the World Bank Group where she worked on investment policy and promotion (IPP) and on innovation and entrepreneurship. Before joining the Bank Group, she was Senior Assistant Director at the Singapore Ministry of Trade and Industry, where she worked on bilateral and multilateral free-trade negotiations. Amira also served as First Secretary (Economic) in the Singapore Embassy in Washington D.C. for four years, during which she was the congressional liaison for economic matters and supported the TPP negotiations team. Amira was also the embassy’s economic representative to Latin America, supporting investment promotion and business development efforts for Singaporean companies in Brazil, Mexico, Peru, Chile, Argentina and Colombia, in such sectors as agribusiness, logistics, oil and gas, and urban development. Amira has a Master's degree in International Economics from the Johns Hopkins University's School of Advanced International Studies, and a Bachelor's degree (with Honors) in Economics and Political Science from the Singapore Management University. 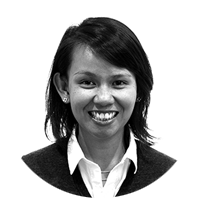